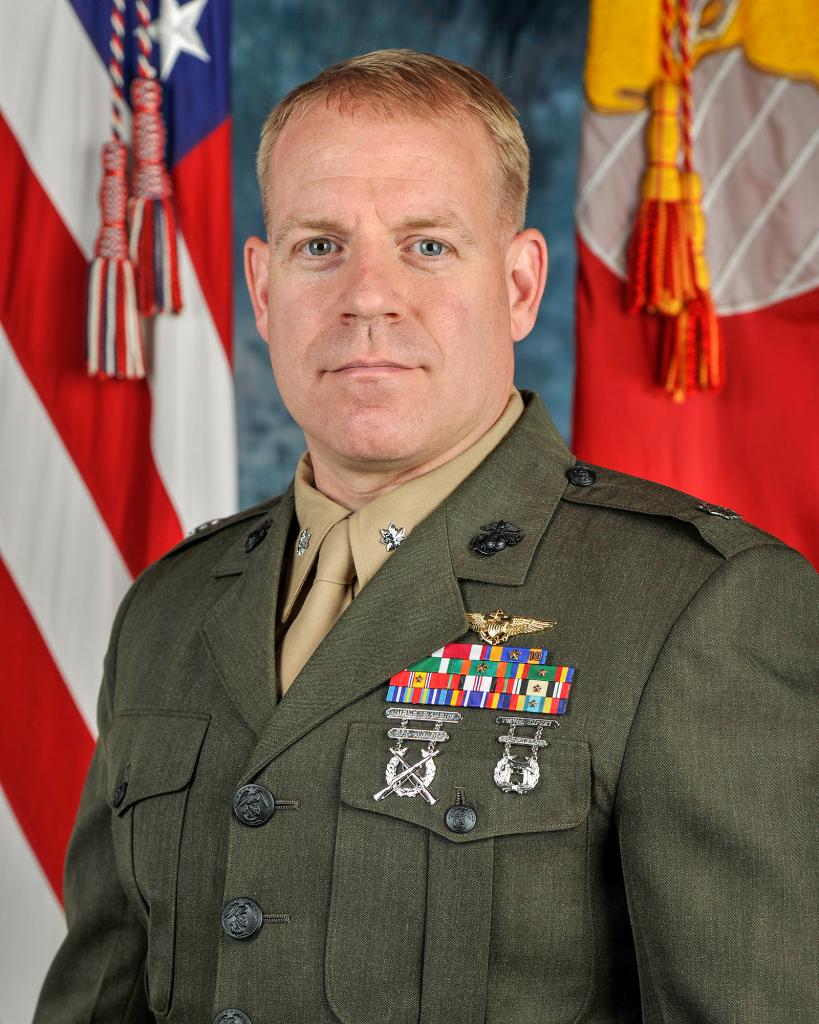 In honor of U.S. Marine Lt. Col. Christopher “Otis” Raible, 40, of North Huntington, Pennsylvania, who was killed by insurgents during an attack on Camp Bastion, Afghanistan, on Sept. 14, 2012. Raible joined the Marines in 1995, served in Iraq and Afghanistan, and was the commanding officer of Marine Attack Squadron 211 out of Marine Corps Air Station in Yuma, Arizona. Raible trained CrossFit with his wife, Donnella, and daughter Catherine. His favorite movements were deadlifts, squats, overhead presses and bench presses. He is survived by his wife, Donnella; daughters, Catherine and Allison; and son, Brian.