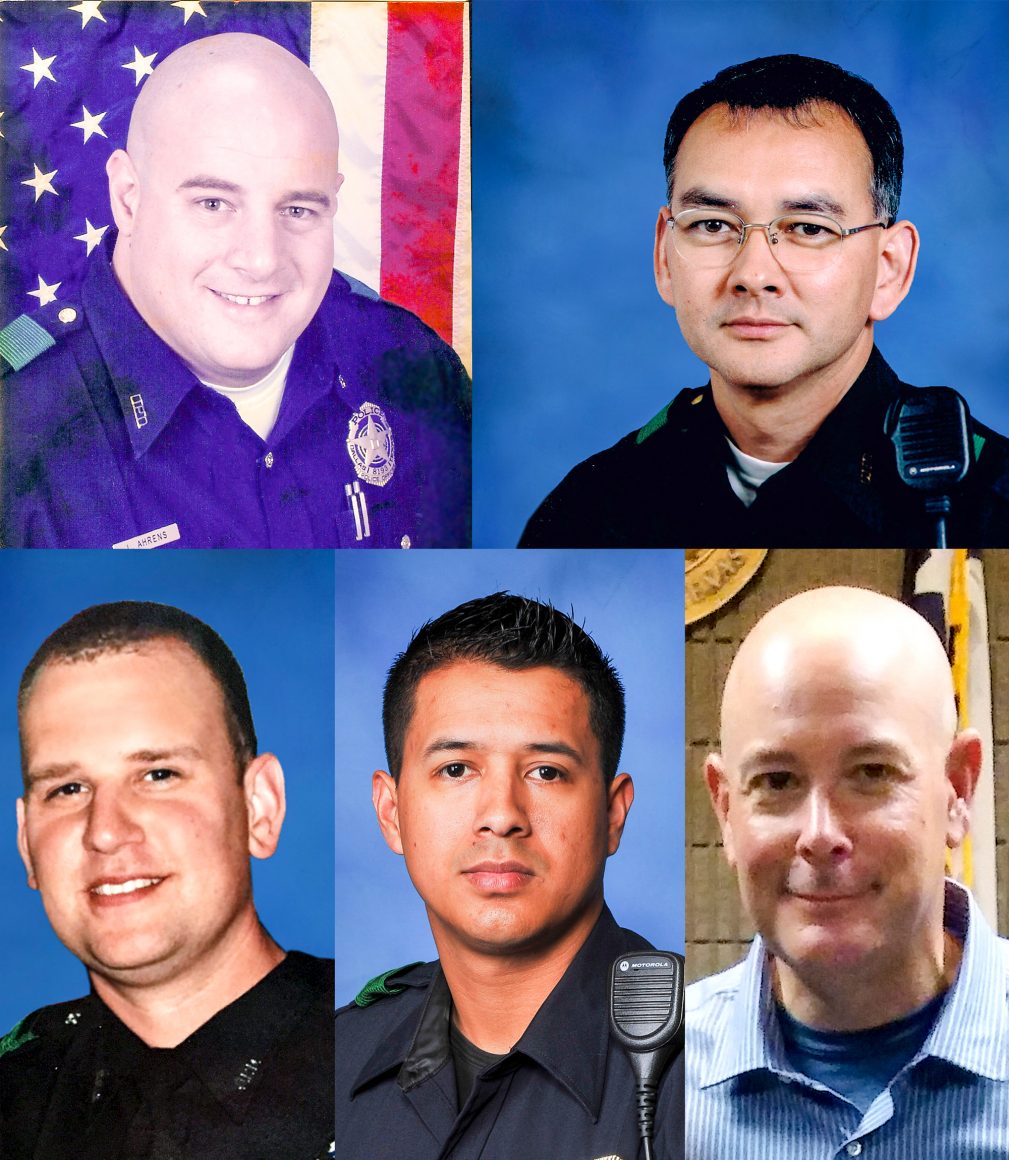 Then, 5 minutes of:
Rowing, calories

On July 7, 2016, a sniper coordinated an ambush on a group of police officers in Dallas, Texas. Dallas 5 commemorates the five officers who lost their lives in the attack.

Dallas Police Officer Patricio “Patrick” Zamarripa, 33, was a member of the force for six years and served active duty with the U.S. Navy for eight years and in the reserves for five. He is survived by his wife, Kristy, and daughter, Lyncoln Rae.

Dallas Police Officer Michael Krol, 40, was an eight-year veteran of the Dallas Police Department and a dedicated member of the Wayne County Sheriff’s Office in Detroit, Michigan, before that. He is survived by numerous friends and family members.

Dallas Police Sergeant Michael Smith, 55, served as a U.S. Army Ranger before joining the police force in 1989. The 27-year veteran of the force is survived by his wife, Heidi, and daughters, Victoria and Caroline.

Dallas Area Rapid Transit Officer Brent Thompson, 43, served in the Marine Corps before joining the Corsicana Police Department and then the Dallas Police. He is survived by his wife, Emily, and many other friends and family members.